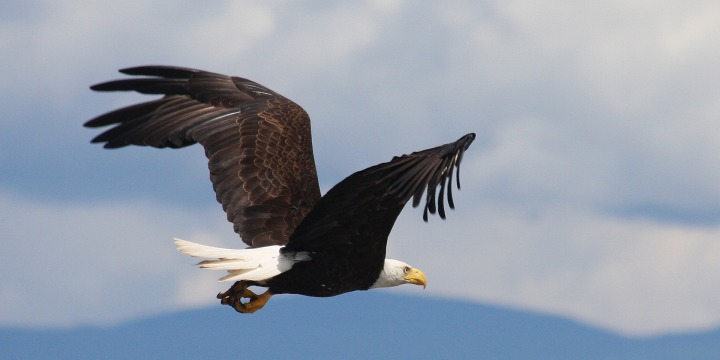 I wrote this poem for one of my best friends a couple of years back. I went looking for it because I felt that I really needed this reminder myself. The funny thing is that Chris and I have reversed roles. He is much happier and content than he was when we met. Wait a minute… that doesn’t sound good. He should have been happier and content when we met. Nevermind… He’s come such a long way. What’s my problem? It’s a season, right? I’ll rise up on wings like eagles again.

When the time comes

Don’t you be afraid

You were meant to fly

He will break that cage.

Just spread your wings and rise

And don’t you listen to fear

When the day arrives

Know He’s in the wind

He goes before and behind

You will breathe again.

So don’t you be afraid

You were made for more

He will lead His child

You were born to soar.

“If I take the wings of the morning, and go to the farthest parts of the sea; Even there will I be guided by Your hand, and Your right hand will keep me.”

“In a desert land He found him, in a barren and howling waste. He shielded him and cared for him; He guarded him as the apple of his eye, like an eagle that stirs up its nest and hovers over its young, that spreads its wings to catch them and carries them aloft.  The LORD alone led him; no foreign god was with him.  He made him ride on the heights of the land and fed him with the fruit of the fields. He nourished him with honey from the rock, and with oil from the flinty crag”

“He found him, not by chance but as it were looking out and seeking for him, He met with him there. He did indeed manifest himself to him in Egypt, but it was in the wilderness at Sinai; where he found God, and God found him in an eminent manner, and revealed his mind and will to him, and entered into covenant with him, and imparted himself and his grace and blessing to him, that being the place appointed in Egypt for God and Israel to meet together, Exodus 3:12. By this word he also signifies both their lost condition in themselves, and that their recovery was not from themselves, but only from God, who sought and found them out by his grace.“

Wait (trust) with Hope in the Lord

“Yet, the strength of those who wait with hope in the LORD will be renewed. They will soar on wings like eagles. They will run and won’t become weary. They will walk and won’t grow tired.”